The findings show that while consumers and dealers both believe that online activity will increase, the presence of a local car dealership remains very important.

So, while 64.3% of dealers planned to invest in online finance in the next 12 months, 84.2% of dealers believed it was important that the customer visited their showroom.

Similarly, 55.3% of consumers said they would be happy to buy a car online and 70.3% would arrange car finance online. However, 37.3% said having a local dealership was essential and 51.0% a “nice to have.”

Paul Burgess, CEO at Startline Motor Finance, said: “It’s tempting to get caught up in the narrative that all motor retail is inexorably migrating online and, in the much longer term, that remains a possibility, of course.

Still a need for a local dealership

“However, what our research shows is that, for the moment and into the foreseeable future, there is still a need for the local dealership to sit alongside newer online channels when it comes to selling used cars and motor finance – the ‘clicks and mortar’ approach.

“It’s important to understand the psychology of this. A car is among the largest purchases most consumers will make. It is not a pair of jeans. Many people will want to take a good look at what they are buying – drive it, sit inside, ‘kick the tyres’.

“Our feeling as well is that it is a mistake to look at the data and conclude that there are online and showroom customers – instead, most people will want to be able to use both routes, often as part of the same purchase.”

Findings also indicated that around three-quarters of dealers believe that a complete online retail process will definitely or probably impact on how the industry retails cars – and one in five believe they are already ready for this to happen.

Burgess said: “Dealers are caught in a situation where they need to invest both traditional and online sales channels, which is clearly quite financially demanding. However, this will open up potentially much larger markets to them both geographically and demographically.”

The research was carried out by APD Global for Startline’s “The Future of Used Car Finance” report and surveyed 57 dealer businesses including franchise groups, independents, car supermarkets and online specialist brokers.

The sample chosen was designed to be representative of the dealer sector as a whole. All the respondents were senior managers who had responsibility for used car retailing and finance propositions. The consumer research covered 300 people who were planning to buy a used car 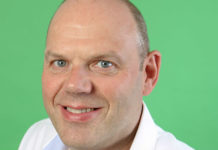 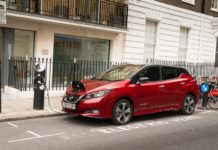