Home News Used values dip for first time in 11 years
Spread the love
FEBRUARY saw the first downward movement of used car values in the month since 2008 with a fall of 0.6%, according to cap hpi.
Over the last five years, the movement in Live values during February has either been a positive one or no average movement at all. Last year, values went up by an average of around 1%, due to an unusually strong market.
The downward movement in 2019 is for very different reasons to that of 11-years ago with average trade prices around 1% higher than at the same point a year ago. With prices so high, buyers are keen to purchase but are reluctant to pay more for cars, due to the pressure that this puts on retail margins.
Derren Martin, head of UK valuations at cap hpi said: “January and February are historically months where wholesale vendors of cars push prices up due to increased demand and lower supply.
“While volumes were certainly not high, demand has not increased since the start of the year, so that hoped for ‘buying frenzy’ has been conspicuous by its absence. The vibrant auction environment usually enjoyed at this time of year has been a little subdued, led by the retail market being slower than in previous years and a reluctance of retailers to pay more than they have previously, so as not to squeeze margins further.”
Both city cars and superminis dropped by less than the average, -0.2 and -0.4% respectively at the three-year point.
Further analysis shows the executive sectors being the hardest hit of all, dropping by an average of between 1.5 and 2.1%.
These cars were also amongst the hardest hit in January too, so a theme is developing, led by economic uncertainty and a reticence to make “big ticket” purchases. SUVs and MPVs also fell in value by more than the average, both by 0.8%.
Martin added: “There is some economic uncertainty. With this in mind, it is tough to predict the next few weeks and months until the nature of any deal, or indeed no deal, is known.
“It is likely that March 2019 will see further stability in used prices rather than increases. Reluctance to pay more by the trade will likely continue, and there may be a slight slowdown in the retail market.
“Franchised dealers will focus on new car activity in the plate-change month, plus Brexit uncertainty meaning consumers may delay big-ticket purchases while awaiting economic clarity.” 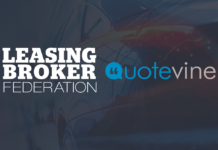 Dealers encouraged to back write-off campaign

Dealers are optimistic regarding future recruitment