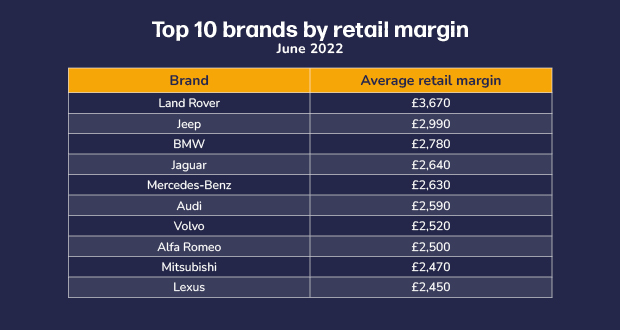 Data from Dealer Auction’s monthly Retail Margin Monitor has revealed that SUVs have continued to perform well for dealers and replaced many top-ranking saloons and hatchbacks from previous months, despite EVs flying off forecourts for retailers – reaffirming the need for a varied stocklist.

Recent months have seen a strong presence of saloons and hatchbacks, with marques like Jaguar – with the Jaguar XF – and Mercedes-Benz – including the A-Class and E-Class – dominating the top 10. This month, however, an overwhelming 90% of the top-ranking models are SUVs.

Dealer Auction’s Marketplace Director Kieran TeeBoon said: “We’re seeing ongoing stability in the used car market, and it’s likely that it will remain. This month, we’ve seen a fairly dramatic change, with SUVs filling up many of the top spots – I’ll be looking to our future data to determine if the strong stance of SUVs will continue.”

Looking at the data on a brand level, Land Rover appears yet again as the marque with the highest average retail margin at £3,670. BMW (£2,780), Jaguar (£2,640) and Mercedes-Benz (£2,630) are just some of the makes that have sat comfortably in the middle of the table since January, with luxury brands consistently achieving the highest margins.

Despite the continued success of such marques in our data, the brand positioning varies from month-to-month. This ever-changing ranking reaffirms that we can never assume what will or won’t perform well each month – and therefore, which brands will or won’t earn you the highest profits. Our data helps to ensure you have the most up-to-date information to fill your stocklist with the best brands for your customers – and for you.

Meanwhile, retailers are seeing a huge demand for used electric cars this month, as revealed by Auto Trader, supposedly due to ‘the impact the current surge in fuel prices is having on consumer buying behaviour’. Although EVs are flying in retail, it’s important to have an array of stock, as profit could be found in all sorts of models.

TeeBoon added: “It’s interesting to see the reports of EVs flying off forecourts for retailers, and it leads me to wonder if future months will reflect this on the Dealer Auction platform. Ultimately, this data leads to one conclusion – having diverse stock profiles is the way to ensure the largest profit for you. Being able to meet your customer needs while making a large profit is the most important factor, and our platform helps you do this – so everybody wins!”

Richard Walker, Auto Trader’s Data and Insights Director, said: “We’re seeing very solid levels of demand and consumer engagement for both new and used electric vehicles on our marketplace, which has only accelerated in the wake of surging fuel prices. However, most importantly, contrary to some reports, we’re seeing robust levels of consumer demand more generally – against the more ‘normal’ trading conditions of 2019, advert views on Auto Trader are up over 10% on June three years ago, while the volume of used car enquiries sent to retailers is up around 67%. Despite the clear economic headwinds, we remain confident of continued demand in the market.” 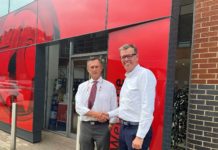 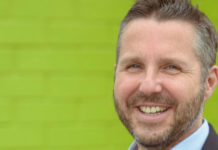