Home News Mitsubishi to pull out of the UK market

MITSUBISHI dealers have been hit with the news that the Japanese brand is pulling out of the UK and other European markets.

There are 103 Mitsubishi dealers in the country and they have been told that all new model launches have been frozen.

Importer, Colt Car Company based in Cirencester,  said that it would attempt to bring other emerging brands into the UK.

In a letter to its network, Colt said it had not foreseen the news and that as many retailers as possible would be retained as part of a parts and aftersales network.

Mitsubishi’s Alliance partners, Renault and Nissan have already announced global efforts to cut costs and improve efficiencies. Mitsubishi Motor Corporation’s said that it had no choice but to reduce its fixed costs by 20% and focus on investment in core markets where it sees potential.

It added that its current profitability in Europe was at its lowest ever level at a time when it faces the cost of meeting increasingly challenging environmental regulations.

The latest SMMT figures show that Mitsubishi’s UK sales declined by 51.9% to 4,708  during the first half of 2020 – significantly impacted by the Covid-19 pandemic.

In a letter to its network, Colt Car Company said: “We have already been looking at opportunities to bring additional new vehicle brands into the UK as a distributor and have already been in early dialogue with some alternative emerging market brands with an EV product strategy.

“Whilst the discussions are at an early stage, in light of today’s announcement we are focused on accelerating these opportunities with the goal of introducing additional brands to our business as quickly as possible.

“Clearly, if we are able to progress some of these initial contacts into a viable business proposition it will represent future options and opportunities for us all.” 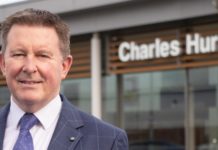