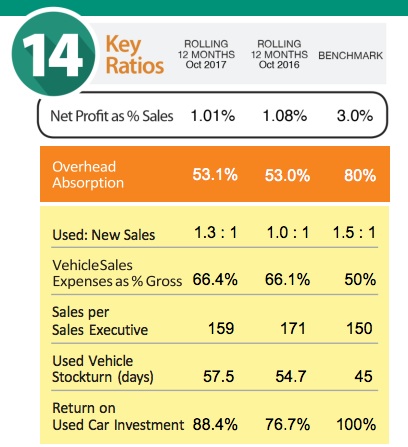 Data released by the consultancy, ASE, show the average UK motor dealers made a loss in October of £2,000. In recent years dealers have managed to realise profits during the month of October, however 2017 has bucked that trend making for a less positive outlook for Q4.

The October data translates into the overall return on sales falling close to the 1% level. ASE anticipates that the figure will dip below 1% in November. The firm places the blame for the trade’s losses in October at market level rather than attributing the loss to management failures at dealership level. They add that “the continued negative press surrounding diesel is certainly having an impact on performance, albeit used car diesel residuals have remained robust.”

If there was a silver lining for the trade in October it came in the form of the used market, where profitability levels remaining strong, in the absence of a crash in residual values which had been feared in some quarters.

ASE anticipates that November, traditionally a challenging month for motor retailers, will be made more difficult by the market pressures at play in 2017, with bonus earnings being hit by the declining registrations that have already recorded by the SMMT data for the month.

ASE forecasts that “the overall result [for Q4] to fall significantly behind the prior year for the average retailer.”

Peugeot turns up the lion’s roar 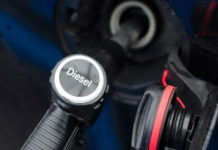 Diesel maintains its appeal on the used car market