AUTO TRADER and Ebbon-Dacs have announced a new vehicle collection and delivery partnership.

It will see all vehicles on the Auto Trader Moves platform handled through Ebbon-Dacs’ market leading electronic vehicle delivery and collection solution, moDel.

Auto Trader typically handles around 10,000 vehicle movements per month on behalf of retail dealer groups wanting to move vehicles within different locations, as well as direct to end user customers. Some 20% of the current volume is fleet, primarily with major leasing companies.

moDel is now the UK’s market-leading electronic vehicle delivery and collection solution and  last year was another record year with 343,711 vehicle movements, a 21% increase on the previous year and more than double the number delivered in 2017.

Auto Trader, meanwhile, is the UK and Ireland’s largest digital marketplace for new and used vehicles, attracting around 50 million cross-platform visits every month.

Under the new strategic partnership, logistics companies will primarily be using moDel-VM, the standalone version of moDel, which was originally designed to allow companies which were not users of Ebbon-Dacs’ Leaselink e-procurement platform to benefit from its use.

However, this has now gone on to become the most popular version, especially amongst logistics companies, accounting for more than 225,000 vehicle movements in 2019, an increase of 26% on the previous year.

The Auto Trader Vehicle Moves platform has been developed to create an online marketplace for retail dealers on which to place their logistics requirements, including both B2B and B2C customers.

Based on a reverse auction model, jobs are bid on by a network of over 300 trusted suppliers, with around 600 vehicle transporters and some 1,600 drivers, making it the UK’s largest logistics marketplace.

Used in this way to increase the competitive element of the delivery process, Auto Trader has been able to bring about savings for dealers of around £31 per vehicle movement. In 2019, dealers using the platform saved around £4 million in total.

Auto Trader’s Business Development Director, Ed Hummel: said “We identified moDel as the market-leading vehicle delivery and collection solution and the one we wanted all our logistics suppliers to utilise.

“It provides the most accurate picture of the vehicle collection and delivery process, removing ambiguity over vehicle condition and providing customers and suppliers alike with a clear electronic record of the vehicle movement.” 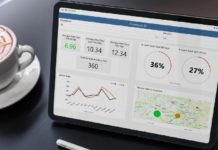 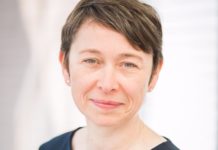