THERE are widespread reports across the used car sector of prime lenders turning down increased numbers of applicants from a wide variety of dealers.

Startline Motor Finance said lenders appear to be tightening their rules just at a point when used car retailers need greater flexibility from their motor finance.

Chief executive Paul Burgess said: “In many ways, this is to be expected. Motor finance is a risk versus reward business and, in times when the economy is starting to stall, lenders often respond by making their approach more stringent.

“However, what we are finding confusing is that, as a flexible lender, we have not seen any change in our own default rates and our lending rules are remaining much the same, with just normal, regular adjustments.

“It is unfortunate that, at a time when used car retailers really need their primary motor finance providers to be comfortable with the current situation and support their sales, they appear to be instead taking a step backwards.”

Burgess said that the development had prompted an increase in applications to Startline, which was designed to be a first stop for applicants who had been turned down by conventional prime lenders.

“Clearly, this trend works well for us as a business because more applications are being made to Startline and we are able to approve more.

“However, it does raise some questions about how prime lenders might react if there is an event such as Brexit in the next few months that does send genuine shockwaves through the economy.”

Since being established five years ago, Startline has become a pioneer in flexible motor finance sector, specialising in HP and PCP products that are designed to be used when a mainstream prime lender declines an applicant.

Burgess said: “It makes no sense and is unfair that buyers who fall slightly below prime lender requirements very often end up using what we describe in the industry as a ‘sub-prime’ offer.

“There should be other options. We believe that, with a shifting social and economic landscape signifying changes in home ownership and employment patterns, that a move towards products like ours makes absolute sense.

“What we do at Startline is treat the applicant as an individual. Of course, we have some hard lending rules but in areas where other lenders take a black-and-white approach, we will take a look at each individual in more detail and, as a result, are able to offer APRs and terms that are comparable with traditional prime lenders.” 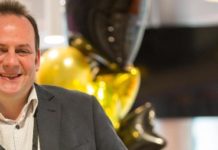 Drive to self-serve dealer finance needs to be competitive 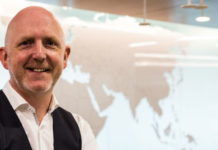 Dealer finance must fight to win hearts and minds