In response to recent rises in fuel duty, fuelcard Reseller, The Fuelcard Company, have launched a petition entitled ‘Don’t Fleece Our Fleet’ calling for  lower fuel tax and support the transport industry.

Currently, UK diesel duty is the highest in the EU, at 57.19 pence a litre, twice what some of our EU competitors pay. To raise awareness of the petition The Fuelcard Company will embark on a 6 week tour of the country with an enormous 14ft American BBQ serving burgers to the nation’s beleaguered truck drivers.

The petition will call on the Government to lower fuel tax, or freeze it at its current level, before the UK fleet industry suffers irreparable damage.

Jakes de Kock, Marketing Director of The Fuelcard Company said: “The fleet industry is the backbone of the UK economy, providing a vital logistical service to businesses and organisations across the country and yet is left perpetually struggling to stay afloat thanks to these apparently never-ending hikes in fuel duty.

“We are calling on the Government to support the UK fleet industry which has suffered in the past few years with repeated fuel tax hikes leaving many companies fighting for survival. The latest measures announced in the emergency budget, including the increase in VAT and the change to capital allowances, will only serve to weaken the industry further.”

The Fuelcard Company’s new petition is being supported by the Road Haulage Association (RHA) which has consistently challenged fuel tax hikes in the UK. RHA Chief Executive Geoff Dunning commented: “We have worked closely with our members to support the causes that affect their every day business, with the issue of fuel duty a key issue.

“The UK’s record high level of diesel duty doesn’t just hit British hauliers. It also hits UK competitiveness and raises the price of everything we buy in the shops.

“The RHA fully supports The Fuelcard Company in its bid to raise awareness of such a vitally important issue to our members.”

De Kock continued: “Motorists suffer as well, of course. The cost of diesel at filling stations currently averages 120.9p/litre – and 75 percent of that is taxes. That will increase further still when VAT rises from 17.5 percent to 20 percent in January. When will the Government begin to recognise that fuel is not a luxury for many people in this country but a daily necessity?”

“But the burden falls mainly on our hauliers, who provide a vital service, transporting essential goods across the country and often working unsocial hours which take them away from their families. In addition to raising awareness of the campaign, the BBQ tour is about recognising and thanking our hauliers for their contribution to the UK economy.”

The tour will begin on 8thJuly at Waterfront Services Truckstop in Felixstowe before continuing around the country.

Ten years to get 55,000 technicians trained on electric vehicles 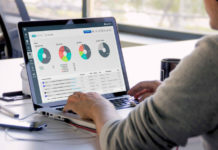 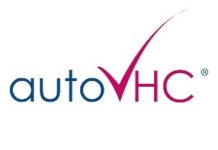 Are you selling your Red work hard enough?