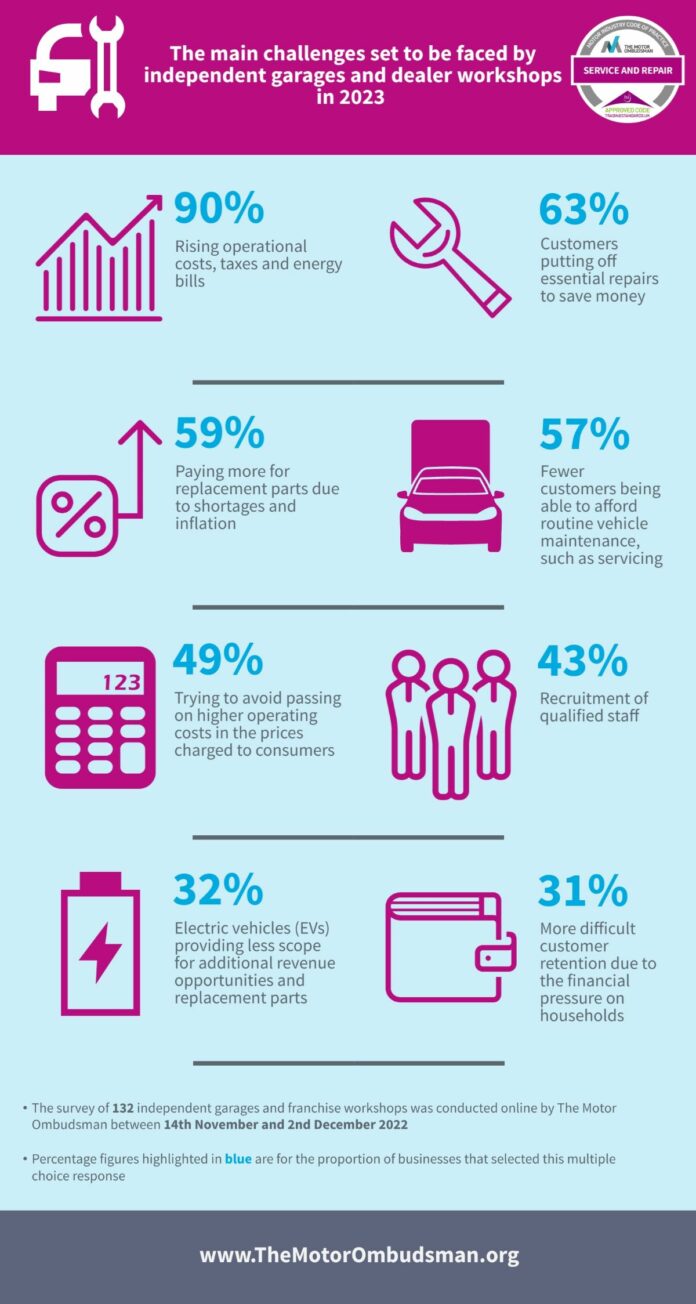 A Motor Ombudsman poll of independent garages and franchise dealer workshops has revealed that rising operational costs, taxes and energy bills are set to be the biggest
operational challenge for 90% of businesses in 2023.

This is a marked increase on the 64% of respondents who stated in the same study that paying more for utilities and higher costs had reduced overall business profitability last year.

Nearly two-thirds (63%) of businesses that took part in the research by the Ombudsman for the automotive sector, also cited that they will have to contend with motorists putting off essential repairs to their vehicle this year due to the squeeze on household incomes.

Similarly, 59% of survey participants stated that paying more for replacement car components due to shortages and inflation would be another trying factor during the coming year.

According to the findings, fewer customers being able to afford routine vehicle maintenance, such as servicing, poses another threat to footfall and revenues for 57% of garages and workshops in 2023, whilst just under half (49%) explained that they will be looking to avoid passing on higher operating costs in the prices charged to customers due to the challenging economic climate.

When asked about the difficulty in recruiting qualified staff during the coming year to expand capacity, 43% stated that adding experienced technicians to their team would continue to be a challenge. However, this is a slight improvement on the 50% of businesses that said in the survey that they had struggled to recruit in 2022.

With fewer moving and serviceable parts on electric vehicles (EVs), around a third of workshops (32%) stated that EVs would provide less scope for additional revenue and aftermarket opportunities in 2023.

However, with battery electric vehicles making up a growing proportion of the car parc, nearly half of the businesses surveyed (44%) still plan to invest in staff training on EVs, whilst around a quarter (23%) explained that they would be looking to introduce or add charging points at their premises.

As consumers continue to reign in their spending due to the ongoing cost of living crisis, close to a third (31%) of respondents said that customer retention would be a challenge this year. Furthermore, with economic forecasts pointing to a downturn in the UK, 29% of garages and workshops explained that generating new business may equally prove difficult during 2023.

Bill Fennell, Chief Ombudsman and Managing Director of The Motor Ombudsman, said: “Following the festive break, it is a case of picking up from where we left off in 2022, as the findings from our research show that garages and workshops will have to contend with a multitude of challenges this year.

“At the forefront of these will be navigating a rise in operational costs at a time when many consumers are feeling the strain on their finances, meaning vehicle maintenance and repairs could take a back seat.

“As the headwinds facing the economy and households show little sign of abating in the short term, remaining competitive, retaining customers, and finding new revenue channels, will therefore be crucial for businesses in order to deliver a positive bottom line. With a nationwide network that counts thousands of garages and workshops across the country, accreditation to The Motor Ombudsman gives businesses an effective mechanism to stand out from the crowd, demonstrating their commitment to both providing motorists with the highest standards of service and work, and to resolving disputes swiftly andeffectively at no cost to the consumer.” 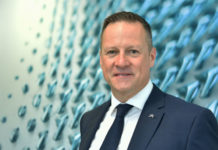 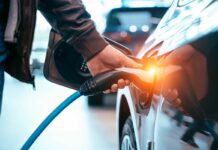